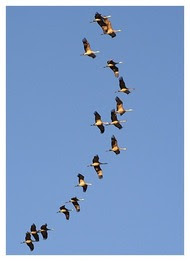 Willcox, AZ – Southeastern Arizona is the winter home to major migrations of hundreds of species of birds that annually move through the Sky Island region of the state. The mild climate, proximity to Mexico and diverse habitats, including 9,000-foot mountains and the San Pedro River Valley, make this area a major hot spot for rare and unusual species of birds. Spring Migration peaks between late April and early May, as tens of thousands of colorful songbirds make their way north.

January will see thousands of Sandhill Cranes in the Sulphur Springs Valley near Willcox where the Wings Over Willcox event is held. The Sandhill Cranes join the Greater Roadrunner, Scaled Quail, Crissal Thrasher and raptors including Ferruginous Hawks, the Great Horned Owl, Harris’s Hawk, and Bald & Golden Eagles. The Chiricahua Mountain range including Chiricahua National Monument are known for Burrowing Owls and Pronghorns as well as the Elegant Trogans, Red-faced Warblers, Mexican Chickadees, and Red Crossbills. Visitors to the Coronado National Memorial will find Acorn Woodpeckers, Mexican Jays, Bridled Titmouse and Montezuma Quail along with Coues’s White-tailed Deer, White-nosed Coati, and Javelina. The scenic overlook at Montezuma Pass provides spectacular views of the San Pedro and San Rafael valleys as well as Mexico. 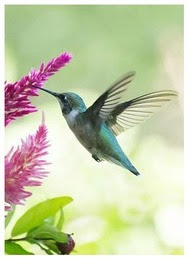 The peak of birding season in Cochise County continues through May with one of the highest inland species totals in the U.S., with over 150 species. Sierra Vista is often referred to as “The Hummingbird Capital of the U.S” and the Ramsey Canyon Preserve operated by the Nature Conservancy is famous for hummers. Carr Canyon, Garden Canyon, and the San Pedro Riparian National Conservation Area encircle Sierra Vista with an amazing variety of bird species. The San Pedro corridor is one of the most important migratory flyways in the US; millions of songbirds use the river each year during their migrations between Central America and Canada. Nearly half the bird species in the US spend time in the San Pedro watershed!

Discover year round activities in Cochise County at www.ExploreCochise.com

The Arizona Rural Development Council is part of the Local First Arizona Foundation.
↑ Top of Page